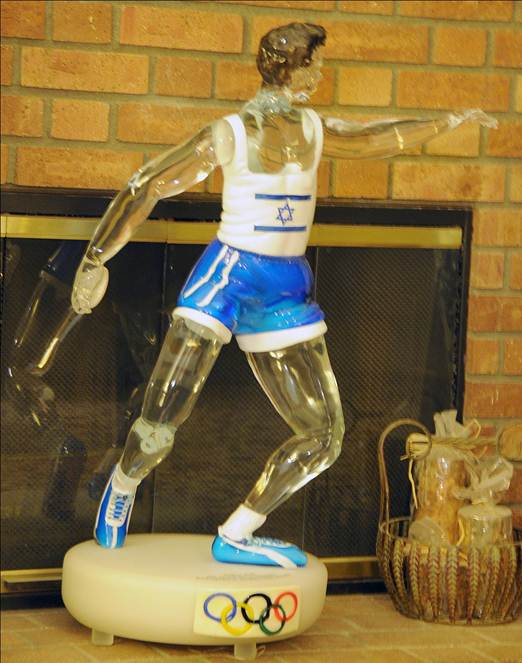 THE DISCUS THROWER AND HIS DREAM FACTORY

What a crazy title for a book. How do sports and fantasy share the same planet let alone merge into a book? It is easy for me to tell you because this is all about me – I am that discus thrower and my mind is that factory where all of those dreams were created. To explain, you should know that with one sailing, floating throw of a discus in a single competitive event propelled me to become the successful person that I am today. Throwing the discus saved me from a life as a juvenile delinquent and one fantastic victorious throw set me on the path to become a world renowned biomechanist and operate my own dream factory.

My special discus result sent me to the Rome Olympics in 1960. From there, it is as though the discus threw me to America, the land of dreams. Once I reached the great, vast, vistas that the United States offered someone like me, a young simple athlete from a tiny country, my horizons were limitless. Suddenly, that discus throw which had launched me into a world where dreams can come true, life became full of opportunities without end. No longer was I perceived as a skinny, shy, young boy who would probably never succeed. Now, I had been an Olympic competitor. There were no limitations to what one could learn or do in the magnificent land of dreams. 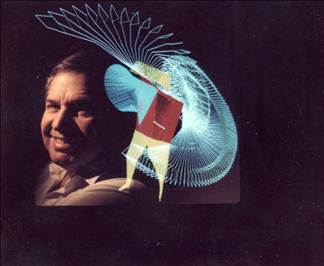 My first big dream grew from a seemingly miraculous discovery I made while in Graduate School. I learned that human motion could be scientifically measured. It was possible to combine the mechanics of Isaac Newton with the biology of people. What a fabulous tool! This dream of mine was no longer just a bubble on a wish list. Suddenly, I realized that a Coach could assist a discus thrower without looking where the discus landed. The combination of scientific quantification and the rapid processing of the computer meant that sporting activities could be assessed accurately and quickly. The concept was mind-boggling and floated on air almost more as a mirage than just a dream. Could such dream really come true?

The answer resided in the sophisticated computer programming that I developed. The enhancements of sports techniques and performance analyses knew no bounds. “If it moves, it can be measured” became a legitimate mantra. So what could I do with this marvelous, newly computerized analysis system? In America, anything is possible. So I created a company.

Surprisingly for me, before we opened our office doors for the first time, we were swamped with projects. We had sporting goods companies clamoring for design assistance with golf balls and clubs, basketball structure and color designs, tennis balls and rackets, and ski boot release mechanisms. Owners of horses asked how to select the special yearling who would grow up to win the Kentucky Derby. A shoe company sought help with athletic performance shoes while another company wanted to improve their line of nursing and surgical shoes. These studies led my dream factory brain to invent an air shoe in 1975.

NASA posed many questions regarding performance and equipment needs for work in micro-gravity. How should astronaut suits be designed, what could be done to reduce or eliminate bone loss, and were there exercises and equipment for use in Space?

The list of applications seemed virtually endless. We worked on air bags for car safety, contributed to the development of prosthetic joints, performed forensic analyses in legal cases, and provided information for personal hygiene products as well as for baby diaper design.

My sophisticated analytic program grew and morphed into bigger and better dreams. Not just my dreams, but for everyone who worked with them. My dream factory, like the Sorcerer’s Apprentice, gave birth to more ideas, concepts, and dreams.

Eventually, the US Olympic Committee followed my recommendation to emulate the East German model for training athletes, without the drugs, of course. We established the first Center in Squaw Valley, CA and then moved it to a large facility in Colorado Springs, CO where it continues today.

After I had developed my dream to quantify movement, I wondered whether it would be possible to use the computer to train my muscles. Needless to say, the answer was “Yes” and what a fantastic device it is. The Computerized Exercise System (CES) is currently used to train athletes, rehabilitate injuries, and develop strength. Soon you will learn more about that big dream.

Dreams have no boundaries if you follow them. Imagination, luck, and hard work are necessary ingredients for success. But, if your mind bubbles, creates, and breathes life into dreams, then dreams can become real. The mind is the factory which forges the dreams.

So this is how sports and fantasy can combine to create real life. Dreams can come true if you try.