The Oasis of Dreams

Chapter 9. Epilog: From the Miracle to the Routine

Sixty years have passed since the first eight holocaust survivors began their new journeys in the unparalleled marvel of Hadassim. We, as authors and as fellow travelers in that odyssey, view Hadassim as the one-of-a-kind experiment from which the world can – nay, must – draw lessons and inferences, in order to remap and rejuvenate their institutions of learning, now surely on the verge of collapse. The originals and the geniuses will flourish despite such collapse, and it is perhaps best that they remain outside the common fold, as in Einstein’s case. But the level of achievement possible for the everyman in every realm is far greater than what we have ever seen. The World has needed the model of Hadassim, needed it badly; now, as we look to the horizon, we see no better solution for it than the one offered in this book. 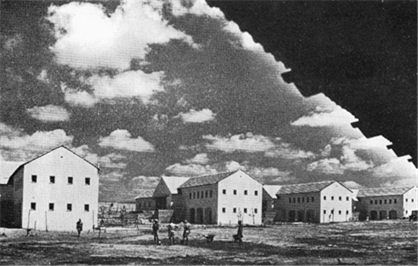 Lessons can only be drawn from the unordinary, whether positive or negative, and only so long as one first has the proper foundations. Otherwise, myth would eviscerate understanding, and any attempt at separating the good from the bad would be doomed to failure.

The conceptual stepping stone, the foundation for understanding, lies in the fifth dimension – the dimension of meaning, perceived by the few and imparted to the uncommon, not for any intellectual superiority but primarily because of the stultifying influence of the anti-intellectual outlook, borne of “Original Sin,” the idea that knowledge itself is corrupt. Hadassim was equally plagued by that outlook, one of the reasons for an improved model.

The dogmatic and the mythological, the already known and self-evident – all prevail not only in totalitarian cultures but in the most progressive of our universities. The search for the unknown is everywhere hindered or obstructed: Gideon Ariel learned it the hard way, in the course of his study in the US and later in the battle waged against him by the bio-mechanics establishment. I learned it during my long career uncovering the roots of human behavior and uncovering the truth about Israel’s wars. The Hadassim project was a success, in our opinion, primary because of the complex, sometimes chaotic evolution of a radical idea: creative dialogue. The concept was given to its founders, Rachel and Jeremiah Shapirah, by Schwabe, Buber and Yehoshua Margolin – each implementing his ideas in practice, in his own realm, unsatisfied with mere theory. But Rachel and Jeremiah’s ability to fashion and crystallize that concept in institutional form– a rare perspicacity among educational professionals – was the sustaining pillar of Hadassim. They succeeded where others might have failed, because they took their philosophical masters both seriously and critically, giving authentic material form to their legacy.

The critical period for Rachel and Jeremiah, with regard to their eventual mission, was their preparation in Schwabe’s “Teacher-Scout” group, where they absorbed theory, and the “Scouts Legion” group where they applied their lessons directly. The same creative dialogue was imbedded in the Ben Shemen Youth Village. I’d first heard about the quality of discourse in the latter organizations from my uncle, Moshe Shiponi, a central figure in both. I originally heard about the Shapirahs from him, as well. Until their opportunity in Hadassim, Rachel and Jeremiah underwent more than ten further years of preparation, combining theoretical study with practical work. Thus we arrive, with Plato, at the same conclusion we would draw from the biography of Moses:

There are no born leaders. Men must persist through a long and thorough grounding, both theoretical and practical, before they ascend to virtuous leadership. For Rachel and Jeremiah in their youth, as for students of Hadassim in the forties and fifties, “Careerism” was a particularly nasty pejorative. Many of us wondered why: where is the vice in the desire to climb the peaks, to achieve the summit of success in one’s career? During our work together, Gideon and I came to view the negative aspect of “careerism” as the ambition for success without the multiple stages of effort, requiring great sacrifice, implied in every field. Hence the distinction between a doctor who becomes a professional after at least seven years of rigorous experimentation and study, and an IDF officer who attains “professional” officer status after a mere six months in Training Base Leaders conventionally plan and act in glorious, if bitter, isolation. Those surrounding them exhibit loyalty or sycophancy, as the case may be, but generally don’t engage them in meaningful dialogue. Yet history proves that a transcendent leader, he who departs from the march of folly, tends to share in valuable company, as a primus inter pares. The most iconic example is that of Moses and Aaron, who liberated the Israelites and lit the torch of Jewish, Christian and Islamic religion.

According to the Torah, a dialogue between God and Moses preceded that of Moses and his brother. The Hebrew God did not command Moses, but rather deliberated with him on his mission – and only after his arduous trial in the house of the Pharaoh and in the desert. Earlier still were the dialogues God held with the elder fathers Abraham, Yitzhak and Yaakov; the most salient of these concerned the innocent inhabitants of Sodom and Gomorrah.

The dialogue of all dialogues, between Socrates and his disciples, was eternalized in Plato’s corpus; there, the founding father of Philosophy showed that truth, unfettered by dogma, requires dialectic – i.e., a method of collaborative and creative dialogue.

The twin fathers of the Jewish settlement in Eretz Israel, David Ben-Gurion and Berl Katzenelson -- the men most responsible for laying the foundation of an independent Jewish state after two millennia of exile -- survived every threat on their leadership, and there were indeed many, by virtue of the survival energies generated from the creative dialogue enduring between them.

The WIZO idea of appointing two directors for Hadassim, and those leaders’ ability to maintain a creative dialogue between them, was a necessary condition for the success of the Hadassim experiment. In political and defense establishments the common paradigm is exclusivity of command and control, because unless control rests with one person the decision-making process becomes inefficient. But how would an efficient process leading to bad decisions be helpful? It is only creative dialogue that yields optimal decisions, the same kind that obtained between Rachel and Jeremiah.

Rachel and Jeremiah chose teachers for Hadassim who were inexperienced, and this was by design: they believed experienced teachers would bring their educational baggage with them and either distort or disrupt their unique, Schwabian conception. Hadassim was a place of learning not only for students, but for the teachers as well. At the head of the pyramid stood Schwabe, whom the Shapirahs continued to visit in Jerusalem – when he wasn’t visiting their educational teams in Hadassim – and whose spirit was pervasive in the dialogue streaming from and between teachers and directors, the teachers themselves, and teachers and students.

Intellectuality: our progenitor, Abraham, gave birth to the principle of abstraction when he discovered that God has real existence, only not physical. This was the greatest discovery in history because it made science possible. An educational system must develop the student’s faculty of abstraction to the maximal point, so that he has the intellectual skills to analyze a wide set of phenomena and situations -- and comprehend deeper meanings. Educational systems haven’t lived up to this function, because Abraham’s discovery is still fundamentally misunderstood. It was so immense to begin with that Faith literally swallowed it whole after stealing it from Reason. The student must be shown that everything has a fifth dimension – the Abstract -- and only attend to it will we improve our state in physical four-dimensional world.

Criticism: symmetry – and thus every idea and plan -- collapses in reality. Therefore, everything we encounter in reality is already flawed, but will be even more so if we don’t expose those flaws and correct them. The survival principle explains why flaws remain in place by design, by structural tendency, so it follows that in order to survive one has to neutralize the survival dialectics. Without a culture of criticism, that wouldn’t be possible.

High technology: Moshe Schwabe had already observed that not enough use was made of educational auxiliaries. In the 21st century, educational achievement must include the sophisticated use of high technology. Technology enables us to grasp theory and perform experiments in every field: Chemistry, Physics, Biology, History and Geography, et cetera. Every student can now benefit from the widest array of subjects, as against the narrow concentrations of the past. Gideon Ariel developed high level systems for the advancement of sport, but by improving those same systems it can become possible to study any subject matter better.

Human wisdom means converting the miracle into the routine. The Hadassim miracle can be converted to the routine in education everywhere in the world. We hope that writing this book has been the first step forward in that thousand mile journey.

1. No advanced study could compensate for what such a leader should truly endure in his basic studies, requiring years of preparation. The same thing holds, mutatis mutandis, in the realm of education. Even if today’s schools of education could suffice in preparing worthy teachers, they still fall pathetically short when it comes to producing the likes of Rachel and Jeremiah Shapirah. The education of leaders and originals requires something wholly different.

The Oasis of Dreams

Chapter 9. Epilog: From the Miracle to the Routine